Mapping Out Your Laundry Marketing Future 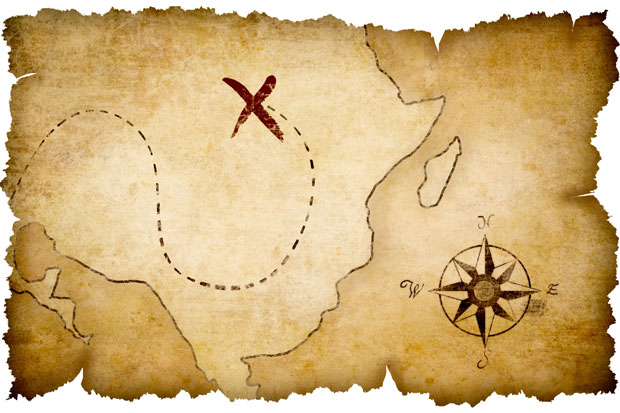 Cartography, the art and science of creating maps, has reportedly been around for more than 4,000 years. The ancient Babylonians etched maps on clay, the Greeks told us the world was round, and now satellites tell us when to turn left when we’re looking for a restaurant. Whether or not we really think about it, we owe a lot to maps. They provide us with direction, reassure us that we’re not lost and ultimately give us perspective on our surroundings. Maps aren’t just for finding buried treasure or getting driving directions though – they’re also useful for your business. Keeping an eye on your surroundings and then actively adapting plays into your survival and overall success. That’s why I’m here: to give you a map for your laundry business. The year is quickly winding down, which means most businesses are starting to roll out the red carpet for 2017. While we still have to survive the holidays, it’s always a pleasant experience to take the soft restart that every New Year gives us (once we get through tax season at least). Whatever your plans for the holidays, now is the perfect time to reflect on the previous 365 days and take a look ahead at the next 365. It’s an opportunity to remember, appreciate what was, and then see how we can all grow our industry together.2016 has been a crazy year in its own right. We’ve had Brexit, an unpredictable election season, some questionable Olympic Games in Rio, a Syrian refugee crisis – and the Chicago Cubs even won the World Series! No doubt you’ve had changes on your own turf as well. From my perspective, I’ve seen some key marketing trends take shape over the past year that can have a serious impact on your business and the vended laundry industry as a whole. Although this article might get geeky, I want to share those trends and help you see where things are headed for 2017. Hopefully, you’ll even find a little inspiration for your New Year’s resolutions!

Looking Back – Building a Map and Connecting the DotsTrend

One of the biggest trends of 2016 was a heavy emphasis on content-rich marketing. What that means is promoting your laundry business with more than the occasional post or generic stock photo. Content marketing is focused on divulging information in strategic amounts with blog posts, social sharing and community engagement. 2016 has shown us more than ever that perennially useful information shared at the right time and place can spark some very positive results for businesses. More than that though, 2016 has shown us the need to be genuine with what we share. People see through the generic, copy-and-paste articles and look pass the poorly designed graphics that so many laundries have unwittingly relied on in previous years. Some companies have completely caught on – and are spreading the message as much as they can. This quote from marketer Mack Fogelson sums up this recent shift perfectly:“The way our world has evolved has completely changed how companies must shape and market. People not only interact differently with businesses, they expect more. A ‘brand’ isn’t about generating a virtual identity through websites, emails, social media and being found at the top of Google. Great brands are real and human, and they follow through.”Trend

For quite a few years now, people have been saying something along the lines of “20__ is the year of mobile.” To some degree, the people who rely on that catchphrase aren’t wrong with whatever year they choose, but they’ve never been quite as right as they were this year. Yet again, 2016 saw a rise in the number of mobile users worldwide, and most experts predict that by 2017 there will be more than 4 billion mobile devices being used daily around the world. First and foremost, this signals a real need for every industry to adapt – especially the laundry industry. We are so far behind. Many laundry customers use mobile devices. Sometimes it’s their only access to the internet. When you consider that you aren’t just marketing to a few people who pass your store daily anymore and that people can have access to your business 24/7 with mobile devices, you begin to envision the impact of this trend. Marketers have been preaching the need for mobile sites for years, but for the laundry business, it’s truer now more than ever. The vended laundry industry has seen a healthy uptick in the number of mobile-responsive websites, but there’s still plenty of room for growth. 2016 has been the year of mobile, but 2017 already promises to be more of the same.

Automation marketing software is all around us and intended to make managing multiple channels easier for companies marketing their businesses. Automated marketing campaigns aren’t quite new – but that doesn’t mean they aren’t important. In recent years, there’s been a bit of a stigma revolving around automation practices because they’re seen as being fake and disingenuous. There are plenty of automated social profiles that tweet out content at an unbelievable pace and never interact with any of their followers, which have caused the stigma to grow – and rightfully so in those cases. Despite those sites, and despite the stigma that surrounds the practice, automated profiles are still being used and still gain followers, likes and shares at an incredible rate. To illustrate, consider the story of Tami Brehse, a marketer at Inbound.com. While she’s usually one of the naysayers of automation, for an entire month she performed a personal experiment where she decided to automate all of her tweets. The results? A staggering increase of more than 300 percent in her website’s traffic from Twitter during that month. Automation brings several tools to the table for busy store owners: consistency and reliability being the biggest hitters. While it’s never good to simply automate and then forget about your social media, there’s much to be said for the benefits of not having the option to forget about posting. It’s also a wonderful way to plan ahead for the month. As long as you remain a part of the conversation, automation in marketing is here to stay, and 2016 has shown us why.

Looking Ahead – and Learning to Navigate

Now that we’ve examined the major trends of 2016, I’d like to offer some insights as to the direction in which 2017 is likely to head. While we can’t know the future exactly, it’s a safe bet that our predictions here will be major players in 2017 and the coming years.

Engagement is one of the ultimate applications of content marketing. It’s the desired end result – but by no means a static goal. Engaging means conversation and mutual growth that’s fueled with intelligent and relevant communication, and it’s the first thing that every brand needs to strive for in 2017. Like most things in marketing, the concept of engagement isn’t necessarily a new one. That doesn’t cheapen the idea. Rather, it strengthens it. The constant battle with marketing is to anticipate what customers are thinking and to fill their need before they know they need it filled. It’s an extra-mile mentality that conveys sincerity and interest in more than just whatever profits customers have to offer. Instead of waiting for people to come to your brand, you need to go to them. Not forcefully. Not in a way that’s pushy. Simply be helpful, real and sincere. Listen to their story, and build a relationship. Really get to know who your laundry customers are. Marketing will always trend toward deeper relationships, no matter how many years go by.

Mobile marketing is in for the long haul, as we’ve already discussed. Many companies aren’t simply satisfied with mobile sites though. Some are pushing the boundaries of the mobile world, and 2017 promises to see a number of major changes on that front. Take a look at what Apple has begun to do with Apple Maps. Every time your phone is detected so much as leaving a place you spend a lot of your time, like your house or your job, Apple Maps now has a feature that pings your phone with traffic info and a time estimate for your likely destination based on various factors. It may sound a little bit like Big Brother, but it’s convenient nonetheless. Thankfully, there are less invasive ways to optimize yourself for a location-based marketing attempt. The model used by Starbucks is one that many are emulating and improving on. Ever notice when you drive or walk by one of their stores, you’ll get a notification on your phone or you’ll see the Starbucks logo at the bottom of your screen, if you’ve downloaded the app? It’s subtle, but it’s a brand-centric message that says “come on in for a drink!” without ever saying a word. Utilizing Facebook ads with location services for your business is a cost-effective way for you to do the same with your customers, and it’s going to see some explosive growth by small businesses in 2017.

In recent years, there has been a rather large crowd of marketers who have attempted to create some serious hype over images and video. Despite the buzz, the fact remains that text-based communication is still the number-one way to market, while imagery and video are seen as essential supplements. The text-based brand story is the single most powerful tool in a marketer’s arsenal. Even though text is king, mainstream marketing is actually truly beginning an evolutionary trend toward video content. Take a look at most marketer’s websites and you’ll find a video or two. It may be a customer testimonial, a simple introduction or an explanation for some marketing concept, but you’ll find at least one. We even have one. Content marketing via video is definitely on the rise – and it’s closely tied with something called “evergreen content,” or content that doesn’t need to be updated every few months to stay relevant to the conversation. More and more, brands are putting their story in videos that maintain a long-lasting voice, and it looks like a trend that’s here to stay.

2015 saw Millennials become the largest generation in the workforce, and 2016 only saw those numbers go up even further. The likelihood of that trend changing for the next few years is next to zero, which means catering to the Millennial audience is a must these days. The biggest way to do that is to not just sell laundry services – sell an experience.A great example of an industry that’s selling experiences very well is higher education. With the surge of for-profit and online colleges in recent years, brick-and-mortar universities have begun to feel some heat when recruiting their freshman classes. To fight back, they’ve actually focused a little less on the education and a lot more on the college experience as a whole. Everything from dorm life, nearby attractions and campus traditions are emphasized over what’s happening in the classroom. In essence, they’re highlighting what makes their particular university’s experience different. It’s proved to be an effective recruitment tool, even with enrollment rates dropping nationwide. What does that mean for vended laundry? Simple: Don’t just sell why your product or service is different, sell why it will make your customer’s life better. It’s not just about cleaning clothes, it’s the story behind the action that counts. Keep that in mind – and start building your story. Your Go-To Guide for Laundry Marketing

The Internet is constantly changing, which means digital marketing is always changing with it. Instead of letting you hang out to dry, Spynr wants to keep you in the loop when it comes to best practices for your laundromat’s online presence. Spynr’s blog is simply our no-nonsense, uncomplicated way of helping you stay on top of things and keep your online laundry marketing strong.

Keep learning – Sign up to get posts delivered to your inbox.